We had our next round of doctor’s appointments today. One was with the ROC and one with our regular OBG. Both appointments were routine and resulted in not a lot of new information. Henry is growing well (about 3 lbs. now). They were able to see the VSD a little better and noticed that the pulmonary artery has grown down on top of the VSD, making it less likely that the hole will close on it’s own. I’ve included a picture of a standard VSD to illustrate all that a little better. What it basically means is that there will most likely be some cross circulation of oxygen and non-oxygenated blood that will affect Henry as he gets a little older. This shouldn’t affect him during pregnancy or birth, but he will probably need surgery somewhere between 4-6 months. We are of course still praying for miracles that it will heal on its own.

I want to give another shout out to Dr. Moon, our peds cardiologist at Wolfon’s.  He took the trip up to the pavilion to see us today to look at the scans they did at ROC (thus avoiding another appointment, unpaid leave and about another $600-$700 tacked on our bill). He also ensures us, that even if surgery is needed it’s still one of the more common surgeries performed. 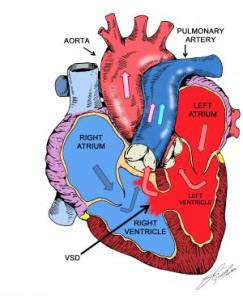 On a separate note, Dan and I took a little sailboat ride out of the Fernandina Beach marina Sunday. I was hoping to get a few awesome maternity pics, but of course the camera died within minutes of shoving off (the ones you see below are from my camera phone with some iPhoto effects).

It was still a pretty perfect afternoon and we enjoyed fair weather and seas. We got to see a family of wild horses walking the beach on Cumberland Island, as well as a great view of Fort Clinch. After returning, we enjoyed walking around “downtown” Fernandina and had dinner at Ciao and dessert at the Fernandina fudge shop (yay for salted caramel ice cream). These are some pics I had printed for Henry’s room. 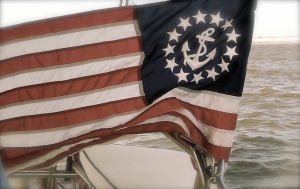 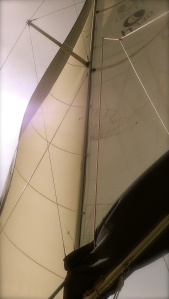 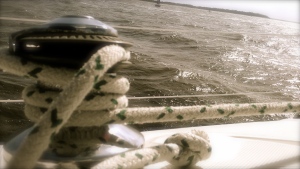 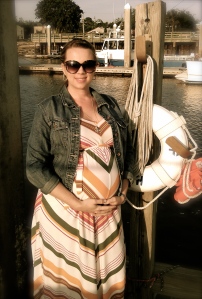